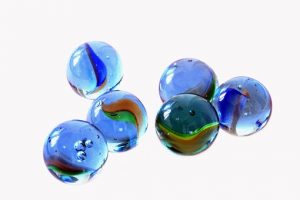 My mother used all kinds of clichéd sayings, many of them directed at me:

I have a bone to pick with you…

Don’t cut your nose off to spite your face.

Oh, so you’re going to pick up your marbles and go home, are you?

Mom’s been gone for 20 years now and I can still hear her voice when she was disappointed and we were about to have a discussion that would portray me in a very poor light: “Linda Ann, I have a bone to pick with you.” I’d rather have been smacked, grounded, and placed in solitary confinement than take part in the conversation that followed those words.

Each one of us disappoints someone. We irritate and piss off other people, too. Just like other people disappoint, irritate, and anger us. It’s the way of the world. This became crystal clear to me when I began teaching. I wanted all my students to like and agree with me and went home crying if I got a less than stellar evaluation. But it stopped bothering me when I realized I didn’t like all my students, either. (So there.)

In case you don’t know me, I’ll let you in on a secret: I’ve been accused of being stubborn and wanting to be right. Because I’m a basically honest person, I’ll concede to having those qualities. But when I was younger, I hated being wrong. Hated with a capital “h.” I would refuse to accept that I could be wrong.

An old family joke involves me memorizing the names of the presidents. You know the 11th president, right? James Knox PLOCK. I insisted that’s what my teacher told me his name was, so that’s what it was. (Everyone knows that when you’re wrong you blame it on someone else, right?)

I’m the butt of another family joke, this time about the lyrics to the song America. Bet you didn’t know they began with, My country ’tis of SWEET, did you? I went to bed without supper because I refused to read the lyrics in the Encyclopedia my parents pulled off the bookshelf.

You’ll be happy to know my face is intact and I’ve learned to think about the consequences before sticking to my guns.

Quitting is something both my parents frowned on. You never quit. Never. And neither of them ever did. They always reached for the brass ring and always wanted their first choice. But they had second, third, and fourth choices waiting in the wings if needed. Because no matter how much you hoped, believed, and prayed, they told me, things don’t always go the way you want them to. (My Dad always used to say, Life is a series of plans gone awry.)

I remember a couple of times in my youth when I wanted to quit. Moving forward in a certain direction seemed pointless. Impossible. When you’re faced with a brick wall, you don’t keep banging your head against it, you turn around and go home, right?

Actually, no, you don’t. According to my Mom, you dig a hole beneath it, you keep walking along it until it ends, or you climb over it. And if none of those solutions work, then you use your brain and come up with one that will. Because your strongest weapon is your mind. 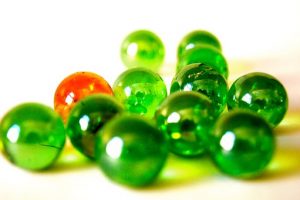 For some reason, I believed her. I also followed her advice, for the most part, as I’ve lived my life. When I think about the few times I did quit, I think about the opportunities I may have missed. I don’t quit any more. I seek compromises, solutions that aren’t readily apparent. If I never reach out for that brass ring, how am I ever going to grab hold of it?

When things don’t go the way you want them to, do you quit? Or do you pick up your marbles and go home?