As a freelance writer, I’ve been hired to write content about topics I never contemplated, and/or that don’t hold a personal interest for me. Then, when I dive into the research and put aside any personal feelings about the topic, I find myself swimming in a pool of information that sends meaningful ripples into other areas of my life. The subject of cannabis, and its legalization in the United States is once such topic. 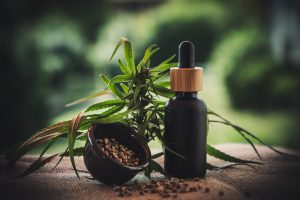 Although I drink (my sister laughs when I say that), I’ve never been drunk. And the only controlled substances I’ve ever taken were those that knocked me out just before undergoing surgery. As you can imagine, any experience I’ve gleaned about alcohol and drugs has been as an observer rather than as a participant. Unfortunately, much of my personal observation was unpleasant and probably had a lot to do with my preference for being [mostly] a teetotaler.

One of the duties I’ve been assigned by one of my clients is to write content for webinars, and the the legalization of marijuana is garnering a great deal of interest. So, for those of you who are interested in what’s up these days, hang onto your hat because the pace with which laws are being proposed and enacted is moving at the speed of light.

As you probably know, federal law lists cannabis on Schedule I of the Controlled Substances Act. Federal law categorizes drugs, substances, and certain chemicals used to make drugs into five different classifications (i.e., Schedules I, II, III, IV, and IV) based upon the medical acceptability of their use and their potential for abuse or dependency. Schedule I drugs are considered by the federal government to have no accepted medical use and a high potential for abuse. Drugs listed in Schedules II through V all have medically accepted uses, and decreasing potential for abuse; they all contain narcotics.

An increasing number of states disagree with the federal government’s opinion about marijuana and THC, the mind-altering (psychoactive) compound in cannabis that generates the high and/or the medical relief some people experience when using it.

If you’re interested in keeping up with what’s what from a legal perspective, the National Conference of State Legislatures provides terrific, and current, information at: https://www.ncsl.org/research/civil-and-criminal-justice/marijuana-overview.aspx

One final note to keep in mind about the legalization of marijuana/cannabis: federal law HAS legalized the cultivation of hemp, which is a form of cannabis that contains minimal amounts of THC, but under strict regulation. Anyone who wants to grow hemp MUST be licensed by the state … and not all states have legalized hemp, as the federal government has.

Hemp is not only used for medicinal purposes because of its CBD properties (e.g., protective effects for people with certain types of arthritis and lymph node ailments), it is also used to make paper, textiles, industrial-grade thread, a fiberglass-like material, and in cement. The CBD derived from hemp plants is not mind-altering/psychoactive, and is listed as a Schedule III drug under federal law.