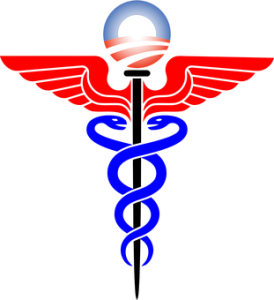 Was Obamacare really declared unconstitutional by the Supreme Court? Were the required minimum distributions (RMDs) at age 70 ½ from your retirement plan really eliminated? And how about the threshold for writing off medical expenses–was that also tossed away?

These are some of the questions people are asking in light of recent federal legislation. I’m going to answer these questions and clear up the misunderstandings most people have about the subjects in a 3-part series of blog posts.

Today, let’s talk about the Affordable Care Act (ACA)–what many people call “Obamacare.” The ACA contains a provision referred to as the individual mandate; this provision requires most Americans to purchase and keep in place a particular form of health insurance to avoid paying a tax (the individual shared responsibility payment) when they file their federal income tax returns.

In 2017, the Tax Cuts and Jobs Act (TCJA) reduced that tax to $0. Immediately after the TCJA went into effect, opponents of the ACA filed litigation, claiming the individual mandate was no longer constitutional. Their basis was the Supreme Court’s original ruling that the individual was constitutional because it contained a tax that met four requirements. Well, after the court case wended its way through the judicial system, the U.S. Fifth Circuit Court of Appeals agreed with those filing suit.

Specifically, the court ruled that the individual mandate was unconstitutional because it no longer contained a tax provision. Why? Because the individual shared responsibility payment no longer produced income to the federal government, was no longer paid by taxpayers, could no longer be determined by a taxpayer’s tax return, and was no longer enforced or collected by the IRS.

As of this writing, you will not be charged a tax if you didn’t have health insurance last year. And it’s looking like that is how it will be moving forward–at least with respect to the tax.

With respect to the rest of the ACA’s provisions, that’s anyone’s guess. Part of the case heard by the court of appeals related to whether the individual mandate could be severed from the ACA. Some want to strike the entire ACA unconstitutional because that was the fate of the individual mandate. However, the federal court has sent that portion of the case back to the district court for review. The Supreme Court just recently rejected a recent request for the process to be accelerated, so many believe the issue won’t be resolved until the fall of this year.

Check back tomorrow for the second part of this series: required minimum distributions (RMDs) and the age 70 1/2 threshold.