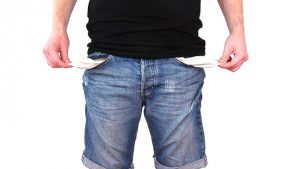 Yesterday, I began a 3-part series about some of the questions people are asking about recent federal legislation. Specifically, those questions are:

I answered question #1 in yesterday’s blog post and will answer question #3 in tomorrow’s blog post. Here’s my answer about the changes the SECURE Act brought to required minimum distributions (RMD).

The Setting Every Community Up for Retirement Enhancement (SECURE) Act went into law in December 2019 as part of the Further Consolidated Appropriations Act of 2020. The SECURE Act deals primarily with retirement plans–and a number of changes to those plans, especially to qualified plans.

A qualified retirement plan is established with money that has not been taxed. Examples include an employee depositing money into an IRA or 401(k) with salary before payroll taxes are deducted, or an employer depositing matching funds.

The IRS has long required individuals to begin withdrawing funds from qualified accounts at a specific age. Why? So it can collect taxes on that money! If a person establishes an IRA, or begins contributing to a 401(k) at age 40, the government doesn’t collect any taxes on the funds in these qualified plans until the account holder begins withdrawing the funds. A person can easily build an account with hundreds of thousands of dollars over a lifetime of working.

The required beginning date of a retirement account is the date the account holder MUST begin making withdrawals–withdrawals that will be taxed by the IRS. These withdrawals are called required minimum distributions, or RMDs. For people who turn age 70 ½ on or before January 1, 2020, RMDs must be taken no later than April 1 of the year after the account holder turns age 70 ½.

One of the issues concerning this age change is the fact that some people won’t have to make any RMDs in 2020. Here’s a Forbes article that explains this issue in more detail.

Check back tomorrow for the third and final part of this blog post series: the medical expense deduction threshold.